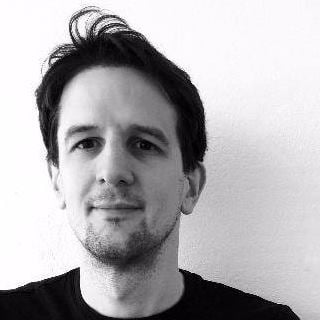 The real winners of the World Cup

As England recovers from last night’s heartbreak, we salute a team that overperformed – and take a look at some of the big marketing winners of the World Cup…

As England recovers from last night’s heartbreak, we salute a team that overperformed – and take a look at some of the big marketing winners of the World Cup…

Ok, so football may not be coming home. Not this time. But even though Gareth Southgate’s team lost to Croatia last night, it was still England’s best showing in the World Cup in nearly 30 years. Moments like Kieran Trippier’s perfect free kick five minutes into last night’s semi final will live long in the memory – and that makes the likely lads winners in our book.

But they’re not the only ones to do well during the World Cup. Here’s a quick round up of the brands and content that deserve a trophy for their winning work too.

Arguably the BBC have the better pundits, and certainly the better visuals, but so far ITV have set the standard for viewing figures. In fact, for England’s historic win over Colombia on penalties (penalties!) they were extraordinary.

A one-minute peak of 24.4 million was reached when Eric Dier scored the winning spot-kick. That’s a staggering 81% share of the UK television audience and the highest viewing peak since the 2012 Olympic closing ceremony. In comparison the BBC have had 18+ million viewers for the Tunisia and Belgium games – which is still a long way from shabby.

Despite it being really hot outside right now, waistcoats are really, really hot right now.

#waistcoatwednesday is a thing and M&S have seen sales increase by over 100 per cent.

It’s all down to Gareth Southgate’s sideline sartorial showings, created by the retailer’s menswear design team. All in all, a definite score for M&S.

According to figures from the British Retail Consortium, retail spending rose by 2.3% last month, compared with a year earlier. And it looks like “beers, barbeques and big TVs” were the biggest sellers. Beers and barbecues could easily be down to the scorching weather, but it seems likely that only sport is driving TV purchases.

In separate data from Barclaycard, spending in pubs has risen by 9.5% in June. So far, so predictably British – Cheers!

The other big ratings winner also involves a competition, lots of pressure and a certain amount of physical prowess, but Love Island is otherwise pretty different from football.

Nevertheless, the viewer count for this year’s launch more than doubled that of the previous series, and has peaked so far at an impressive 3.7m on Sunday, 1st July – ITV2’s highest ever viewing figures.

Is it the sunny weather putting people in the mood (for Love Island)? An antidote to doom and gloom in the news? Or an example of counter programming success? Whichever it is, people are undeniably loving Love Island.

Want some help scoring more goals for your brand this summer? Just get in touch.